The Hotel Grande Bretagne is a luxury city hotel in Greece, one of the most luxurious in southernEurope. It is located in central Athens immediately adjacent to Syntagma Square, on the corner of Vasileos Georgiou A’ and Panepistimiou Streets, and is now part of “The Luxury Collection” hotel chain, managed by the American company Starwood Hotels & Resorts. The structure was built in 1842 as a house for Antonis Dimitriou and was later bought in 1874 by Efstathios Lampsas and turned into a Hotel.

In 2002-2003, the Hotel Grande Bretagne underwent a complete renovation to restore it to its former glory, and approximately 82 million Euros were invested to completely modernize the building. There are 321 comprehensively renovated rooms, including a 400 square metres Royal Suite on the fifth floor, a luxurious SPA are and an outdoor pool in the roof. 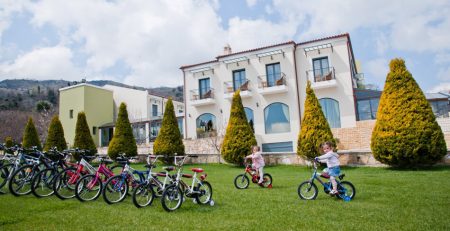 Just 35 kilometres south of the city of Rethymno, there lies Gerakari, a proud mountainous village covered in cherry... read more 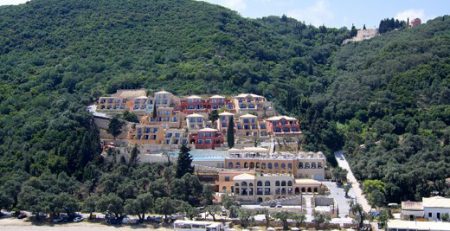 This 5 star hotel was a renovation of an existing seaside hotel and is located in the southern part... read more 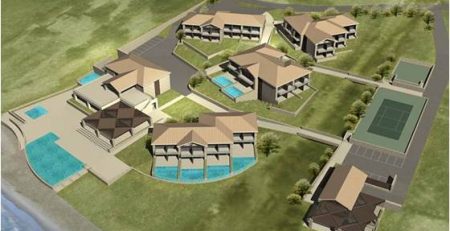 The hotel is located at the beachfront oh Charamida 15 km from the center of Mytilene and 10 km... read more 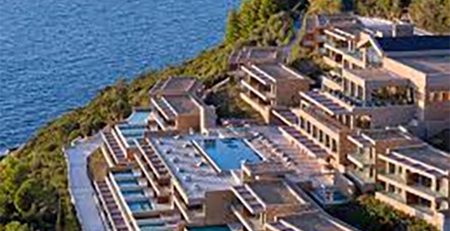 This 5 star hotel is a renovation of an existing seaside hotel and is located in Perdika at Parga... read more

We use cookies to ensure that we give you the best experience on our website. Learn more